First, what about that Florida coast photo and the sun setting. Being out on the water is one way of getting away from things and doing nothing but think.

After more than 18 months, and a little more life experience (like I need any more), I decided to update that particular post with a little  more definition using something everyone can identify with … love and being in love.

Have you ever been out and seen a couple together and someone make the comment, “You can tell they are ‘in love?'”

The past few days I’ve been going back over my love relationships and discovered, in hindsight, that yes, the look of love does have a specific look.

My memory is pretty good, nearly photographic, so one day recently, I went back in my mind to all of the women that have told me they loved me during my lifetime, relatives excluded … after all, they are supposed to love me, in a different way of course.

I am no spring chicken, but I can say, without bragging (if you knew my age, you’d know it’s not bragging), there have been more than I could count on two sets of hands, which means I have a fairly good basis, and experience, for having an opinion on the subject.

So yes, I have known the look of love, at least what it really looks like in someone who is in love with me.

In my mind I visualized the so-called look of those who have said they were in love with me.

Since none have been in this decade, I had to give it a little more thought. Like I said, I am no spring chicken.

In all, I can honestly say there have been only four in my lifetime who have not only said the words, but the look in their eyes and their actions were the tell-tale signs of truth.

To be more exact, when I put those looks side-by-side in my mind, the look was almost identical.

As a former journalist for more than 20 years, I learned a lot about reading peoples faces and body language; I just never thought I would apply that skill in this manner, nor did I ever put it to practice in my personal life … until this epiphany.

I surprised myself at still  being able to recite everyone’s name and to be able to picture their faces in my mind.

Just that one realization was enough to get me thinking about a lot of other things, hence, revisiting, “Why?”

In retrospect, I guess I could say I have been more of a conduit and a stepping stone in a lifelong learning process about a great many things for some. Some have moved on to other chapters in their lives quite well … some, still haven’t broken out of their self-destructive ways.

All four of them have found their why’s in life. And, it’s always good to know the bonds we developed with each other at certain points in our lives is still there, albeit changed a little by Father Time.

I’ve found a simpler life … not one built upon earning a certain wage, salary or status … I’ve done well enough in those areas during my lifetime. I’ve found that helping someone along life’s path is a far greater reward than any individual recognition one can get.

I’ve learned that everyone doesn’t realize you’ve helped them right away, rather later in life they understand the reason for your point of view … sometimes the hardest lessons to learn can be uncomfortable and not what we thought, at the time, was best for us.

In no way do I have all the answers, nor does anyone else.

Sometimes it takes a lifetime of trial and error to find, or reflect, on what our why turned out to be.

Life is not always going to go the exact way we thought it would, nor will it all be a bed of roses … probably a lot more thorns than roses.

The number of people that will truly love us will be small, but you will always be able to tell once you have seen the look of love just once in your lifetime … pay close attention, the eyes will not lie to you.

Now and then we travel part of life’s road with someone we know will not be there when life comes full circle, but there is no reason to pass someone by just because they won’t be there in the end.  You’re put in their life for a reason, and they in yours … maybe to help them find their why.

In the 1991 movie “City Slickers,” Curly, (Jack Palance), told Mitch, (Billy Crystal), the secret to life is one thing … “Just one thing. You stick to that and the rest don’t mean shit.” When Mitch asked what that “one thing” was, Curly responded with a smile, “That’s what you have to find out.”

Live long and laugh often, and above all, love with passion like there’s no tomorrow.  Look for your “Why” … all while finding a way to shine. 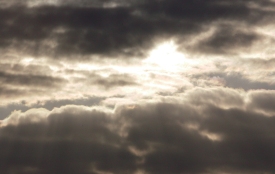 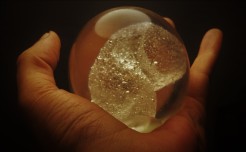 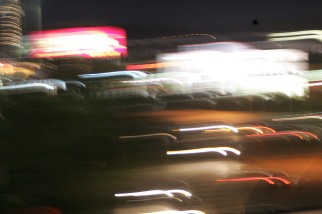